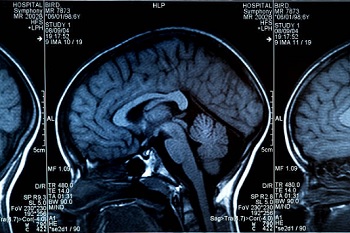 As many as 9 million Americans have some form of Dementia.  As our Baby Boomer generation ages, that number is expected in increase exponentially.  Dementia is a result of physical changes in the brain, causing damage to brain cells.  It is not transmitted.  Dementia knows no socioeconomic or cross-cultural boundaries.

Millions of people will be diagnosed with some type of dementia this year.  Dementia is incurable and irreversible.  The life expectancy after diagnosis of dementia is 8-10 years.

Specific types of dementia are:

Dementia is an umbrella diagnosis.  It is a clinical syndrome, as opposed to a disease.  There are multiple types of dementia with common and overlapping symptoms.  In all cases, there is evidence of impairment in at least 2 cognitive functions and symptoms must affect daily functions.  The condition must be chronic rather than acute. The daily functions affected by dementia include ability to:

Some people wonder how dementia compares to senility. Years ago, there was a misconception that dementia was senility or senile dementia.  Many people were told that their symptoms were normal and to be expected as they aged.  However, science has proven that serious cognitive decline is not a normal process caused by aging.

In all cases of dementia, there is neurodegeneration, which is the death of brain cells.  Damage to brain cells interfere with brain cells’ ability to function.  Different areas of the brain have specific functions to perform.  Damage done to cells in an area then manifests as deficiencies in the functions that part of the brain is responsible for.

Damage done by neurodegeneration is most likely permanent.  Once brain cells die or cease to function properly there is no way to replace them.  Lifestyle changes and drug treatment can improve symptoms and slow progression, but dementia is currently irreversible.

Dementia is progressive, meaning that it starts out gradually and symptoms worsen with time.  The symptoms of dementia are similar, though the cause is what makes the final diagnosis as to the type of dementia.

Losses in memory are a significant indication of Alzheimer’s Disease, the most common type of dementia, but there might also be an impact in communication and language usage.  Reasoning and judgment and visual perception can be affected.  This might be the inability to distinguish between colors or to detect movement.  Seeing things that aren’t there, or hallucinations, is also common a common sign of Alzheimer’s Disease.

There are causes for cognitive decline other than dementia.  A doctor will test to rule out these causes.

There is no specific test to diagnose dementia.  A doctor will take a careful look at medical history.  A complete physical exam will help rule out other possible physical conditions causing the symptoms.  This will include lab tests as well as cataloging the characteristic changes in thinking and day to day functioning.

The primary diagnosis of dementia is only the first step.  Determining the type of dementia can be harder because it can be complicated due to overlapping symptoms.  A specialist might be required.  That would be a neurologist or a geropsychologist.

Like other dementia types, Alzheimer’s is progressive.  It usually affects seniors around 65 years of age.  There are lifestyle changes and drug treatment options that can slow the progression, but there is currently no cure.

Alzheimer’s Disease is caused by a build-up of proteins (plaques) and fibers (tangles) in the brain.  These block nerve signals and destroy memory cells.  The cause of this build-up is unknown.  It could be related to the aging process, such as inflammation, oxidation, and accumulated toxic proteins.

Mild memory loss is the first symptom of Alzheimer’s Disease.  The disease is relatively slow, but it is progressive.  Progression will bring difficulty in the ability to have conversations.  Performing everyday tasks will become difficult.

Many patients will eventually enter a special memory care assisted living facility.  These facilities provide similar care to regular assisted living facilities, but they do so in a secure environment.  Alzheimer’s patients are commonly confused and aggressive, with frequent mood changes.  In a controlled environment, the facility is able to reduce agitation and encourage calmness.

Security is important in memory care facilities.  Alzheimer’s patients get confused and have memory loss.  They forget where they are, who other people are, and the reason they are in the facility.  Without a secured facility, patients could easily wander off and get lost.

Diagnosis of Alzheimer’s will include tests.  A doctor will test functions that are controlled by the hippocampus.  These include attention, memory, language, and vision.  It is then confirmed by a brain MRI.

1 in 10 dementia patients are diagnosed with vascular dementia.  It is characterized by not enough blood reaching the brain.  This causes damage to blood vessels or blockages leading to mini-strokes or brain bleeding.  Vascular Dementia is also known as multi-infarct or post-stroke dementia.

Unlike Alzheimer’s, memory loss is not always the first symptom with Vascular Dementia.  Because different parts of the brain are responsible for different functions, the area of the brain damaged will determine the functions affected.

This is also referred to as Dementia with Lewy Bodies.  It is the third most common type of dementia.  It is caused by abnormal clumps of a protein, alpha-synuclein.  The build-up occurs in the cortex which is responsible for learning and memory.

Primary symptoms of Dementia with Lewy Bodies are:

Frontotemporal dementia (FTD) is caused by progressive loss of nerve cells in the front and side areas of the brain.  This is the area behind your forehead and behind your ears.  These areas are responsible for decision making, behavior, emotion, and language.  Damage to nerve cells will cause deterioration in these areas.

The main symptoms of frontotemporal dementia are changes in personality and behavior, and trouble with language ability.  This might be accompanied with a hard time writing and comprehension problems.

Onset of frontotemporal dementia is usually around 60 years of age.  It is less common than Alzheimer’s in seniors over 65 years of age.  However, in the 45-65 age range, it is just as common as Younger-Onset Alzheimer’s.

Forms of dementia are most commonly diagnosed in seniors over 65.  It is likely that cognitive decline began years before symptoms became distinct enough to be identified.  It’s important to be aware of changes in behavior and any unexplained loss of function.

Warning signs for any type of dementia include:

Early diagnosis is important to gain the maximum benefit of currently available treatment and increased opportunity to take part in clinical trials.  There is currently no cure for any type of dementia.  Damage is permanent and irreversible.  However, there are treatments that can delay the progression.

Finding out early allows the patient and family to learn to adjust.  Lifestyle changes such as exercise has been shown to slow the progression of dementia.

It is sad, but true that dementia is incurable and ultimately most likely the contributing factor in cause of death.  Early diagnosis provides time to prepare.  The patient and the family have the opportunity to plan for the more severe stages as dementia progresses.  Establishing a support network can help ease the burden of a dementia diagnosis.

No one ever wants to hear the diagnosis of dementia.  Alzheimer’s Disease is a top cause of death in seniors in the United States.  It’s important to remember that all forms of dementia are similar, but there are many subtle differences that help determine what kind of dementia is present:

A dementia patient has experienced brain cell damage due to a variety of causes.  Damage or death of brain cells can be due to excess proteins and fibers, as in Alzheimer’s or lack of blood flow as in Vascular Dementia, abnormal clumping of proteins as in dementia with Lewy Bodies, or loss of nerve cells as in Frontotemporal Dementia.

It is unlikely that the dementia patient knowingly did anything to cause or increase the likelihood of dementia.  The Alzheimer’s Association is a major force in research into the cause and treatment of this deadly diagnosis.  They encourage volunteer participation in clinical trials as a way of further pursuing research while attempting to treat the millions of Americans suffering without much hope.

The diagnoses of all types of dementia are increasing.  Great strides in researching findings have provided a wealth of information, but there is still much to learn.  Goals for research continue to be aimed at identifying causes of dementia, as well as possible actions to avoid dementia, and eventually find a cure.

Thank you. We will be in touch soon to provide you all the information.

Are you also interested in learning about long-term care insurance and how it can cover all senior living costs?

Yes, I'd love to learn more No, I will pay all senior living costs myself
X

Thank you. A licensed insurance broker will call you soon to discuss how long-term care insurance can help you pay for senior living.